Inducted into the Shell Rimula Wall of Fame at ReUnion 2010.

Inducted into the Shell Rimula Wall of Fame at ReUnion 2010.
Clem Hill was born in 1920 in Port Augusta.  He enlisted in the army in 1941 and was drafted to Alice Springs as a transport driver.  He worked driving Chevrolets, Bedfords and International trucks. There were no bitumen roads.  He recalls, after the bombing of Darwin, assisting with the evacuation of women and children south. He was discharged in November 1945. Returning to Port Augusta he worked for the railways. With family commitments and the dream of his own business he started a taxi truck business in 1948. The business expanded to include general freight and furniture removals and in 1950 Clem Hill Carrying Service began initially doing three trips weekly between Port Augusta and Adelaide. The long hours away certainly made a depot in Adelaide very welcome. 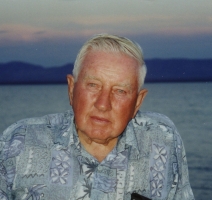 As demand grew so did the business requiring the employment of drivers and the purchase of more motor vehicles.  [...]
Read More ...

Talk to any of the older and wiser gentlemen of the trucking industry, and at some stage you’ll hear a reference to the “good old days”. It’s not until you dig a little deeper that you find the days referred to, while highly memorable, were full of hard work, long hours and a considerable amount of financial and physical discomfort.
These days we take reliability as pretty much guaranteed. And for anyone living in the city there’s always the telephone to call for help or to find out how to fix a problem. But just 50 years ago, life on the highway was fraught with all sorts of problems for anyone trying to get their load from the east to the west coast.
It’s been my privilege to know Alan Lever of the Wollongong area for at least some of the more recent years, during which he piloted his Peterbilt 379 as an [...]