A Journey Down the Old Hume

A Journey Down the Old Hume

ate in 2011, an invitation arrived to travel to Port Augusta to drive a couple of Macks up a stretch of the Stuart Highway. One a Super-Liner pulling roadtrain doubles, the other a Titan towing triples.
With the Super-Liner grossing around 80 tonnes and the Titan triple at a modest 110 tonnes or thereabouts, the performance of both trucks was nothing less than outstanding at the time.
Since then, I’ve driven a number of Super-Liners but the Port Augusta exercise was the last time at the helm of a Super-Liner in roadtrain configuration.
Until now!
New 60-inch bunk 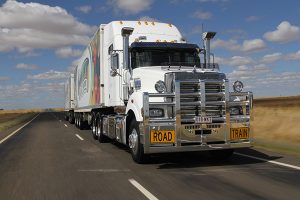 The reason for this drive is the new bunk and there’s no question that even at first glance, Mack’s new 60-inch sleeper is quick to impress.
Sure, you still have the issue of no [...]
Read More ...